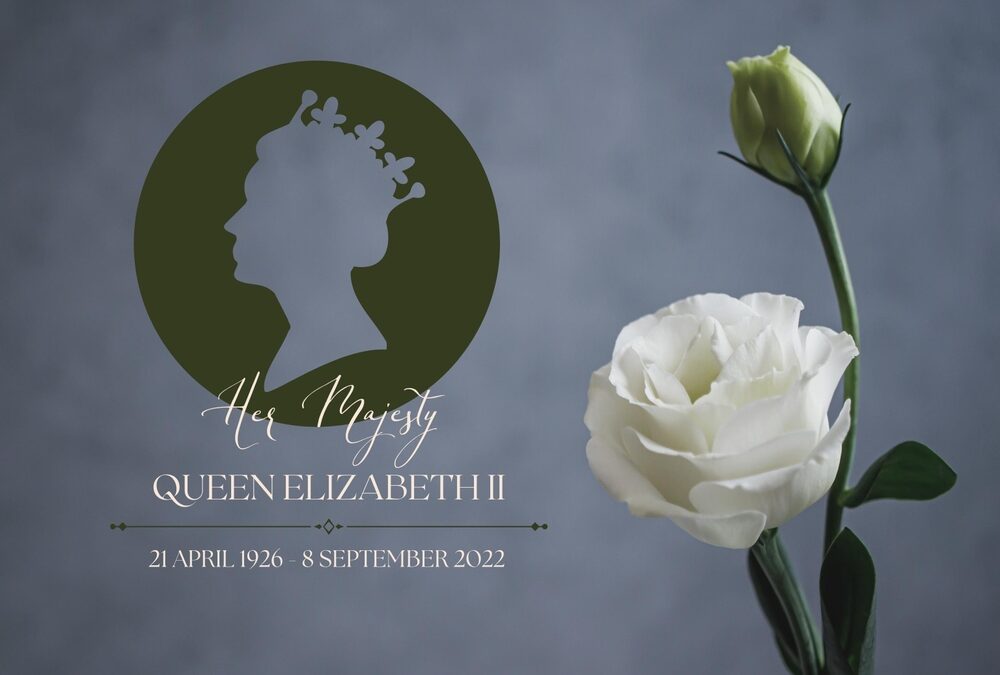 We are deeply saddened to hear of the passing of her Majesty The Queen. For over seventy years she had dedicated her life to serving the people of her country and the Commonwealth and has been the one constant in our lives, the person we could turn to for a steadying and calming influence throughout the many uncertainties and challenges over the years.

Her Majesty Queen Elizabeth II is one of the greatest leaders the world has ever seen, a truly inspirational role model, that always put her people and her country first, with such selfless devotion rarely seen. She knew exactly how to put people at their ease and provided so many words of wisdom that will live on as part of her great legacy to future generations.

King Charles III and members of the Royal Family are in our thoughts and prayers.

We are now in a period of national morning within the UK, that lasts until the end of the day of the State Funeral on Monday19th September 2022. This day has been declared a national Bank Holiday.