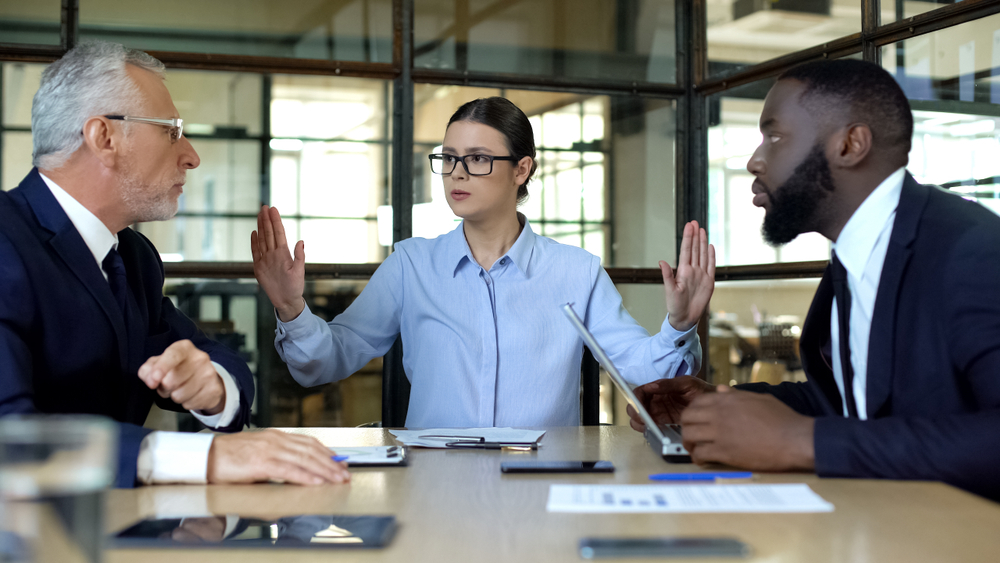 In life, most of us get to choose our partners, with whom we opt to share our lives; to have a family with, perhaps. I’m not one to say that love, at first sight, doesn’t exist nor that opposites can’t really be attracted to each other, but the majority of successful long-term relationships are collaborative partnerships. In a healthy relationship, compromises often need to be made; one person shouldn’t always get their way, and one shouldn’t exert power over the other, either. Both parties should work as a team.

The same premise can be carried into the workplace. The best, most effective teams understand that each individual member is different. That the only way they will achieve anything as a cohesive unit is to work together. To focus on people’s strengths and how they can be applied in a productive manner that takes the whole team forward. To have a shared vision. To inspire and motivate each other.

That doesn’t mean that the whole team has to be best friends with each other. It’s not effective to exclusively seek out those similar to you in temperament; in fact, encouraging diversity and difference within your team will bring a wider range of skills and talents skills and increase the overall performance potential of the team.

However, human beings have an unconscious bias for similarity, meaning that we have a tendency to gravitate towards people who are like us, or those who embody the type of person we would like to be. If you had a team in which everyone was similar, there would be little conflict, but there would also be little variation in people’s opinions and thoughts either, group think could present a real danger of inhibitting innovation and objectivity holding the team back from doing their best work.

A good team actively aims to have a mix of temperaments and personalities.

However, the problem with diverse teams is that some team members may forget that their colleagues will approach things differently to them. They may also assume that a team member will react in a certain way because, after all, that’s how they’d react in the same situation. When the response is different, conflict can occur, resentment could fester and relationships become dysfunctional. 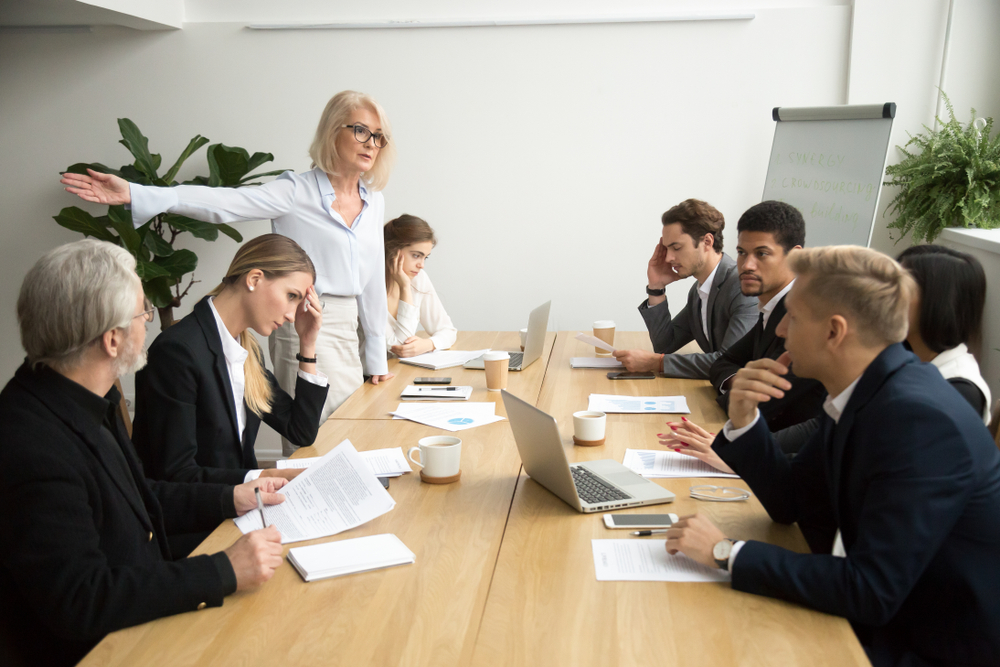 Sometimes, conflict can be a good thing— if it is valued and seen as being a healthy way of flagging up potential problems and different perspectives which can lead teams towards more creative solutions and innovation. However if conflict is not healthy and relationships are being eroded, them intervention should be acted upon quickly and decisively. Conflict resolution is much more desirable than a ‘them and us’ division within the team and active hostility. If disagreements or clashes of personalities are allowed to fester, the team may struggle to rise up and over all the bad feeling, leading to low morale and poor performance.Such situations require good leadership, and quick, decisive action.

Stop asking “What is wrong with you?” and ask “What happened to you?”

Most people will probably be able to recall working with colleagues or team members who were actively disruptive. You know, those people who could start an argument in an empty room. Or those who strive to ensure their voice is the only one that’s heard. Or the team member who is negative about everything—from the temperature of their coffee in the mornings to the new ideas the team come up with; those whose very presence saps all the energy from the room.

People are not born problematic, when people display negative and unhelpful behaviours, we should stop asking “What is wrong with you?” and start asking “what happened to you?”  People aren’t naturally or perpetually problematic there is always a reason, but certain behaviours and approaches have the power to block a team’s flow and dilute its effectiveness. People who display disruptive and negative behaviours will have strengths and good points that the team could absolutely use—they just need a good leader to bring these abilities to the fore rather than allowing the individuals to slip into their combative ‘default’ personas.

I said this recently to a friend in my network. Not too long ago, they’d worked in a small team of three within a charitable organisation. On one side was the manager, who was a quiet, unassuming person who didn’t like conflict and who just wanted to get their head down to do their work. On the other side was the perfect example of a negative drain—and, unfortunately, they had a huge problem with the manager. All of the manager’s issues the drain droned on about were largely unfounded, but that didn’t stop them from voicing them day after day after day. When all three worked from the office, the manager and drain would snipe at each other. When it was just my friend and the drain, she couldn’t get any work done as the drain would spend the entire morning bemoaning the faults of the manager. She felt stuck in the middle of them both.

The manager was afraid to confront the issue and so the negativity went on and on. It got to the point where my friend resigned from her role. Frustrated by the lack of action shown by the manager and sapped of her enthusiasm for the role by the drain, she felt she had no option. She admitted that it was a shame, as she’d enjoyed the role and believed in the work of the organisation. My friend heard, many months after she left, that the manager had finally reached the end of his tether; eventually, he began disciplinary proceedings against the drain that resulted in her dismissal.

The drain shouldn’t have been allowed to spread her negativity so forcefully (if at all). She was actually a proficient worker, who could get through tasks faster than most employees. She clearly could bring valuable skills to a team, but she’d needed boundaries from the off. The manager was too nice and simply didn’t know how to handle her. Instead of seeking help, he just stuck his head in the sand and spent as much time as he could out of the office. It took more than three years for the organisation to resolve the issue and form a team that could work together. Three years of stilted growth and bad feeling.

A leader doesn’t have to wield the stick—depending on their personality and behavioural preferences, conflict may indeed be something they’re uncomfortable with. However, if there are any issues around the team’s dynamics, the leader should ask for help to deal with them rather than allowing them to grow. They should also look at developing their skills in this area, if they wish to become a more effective leader. 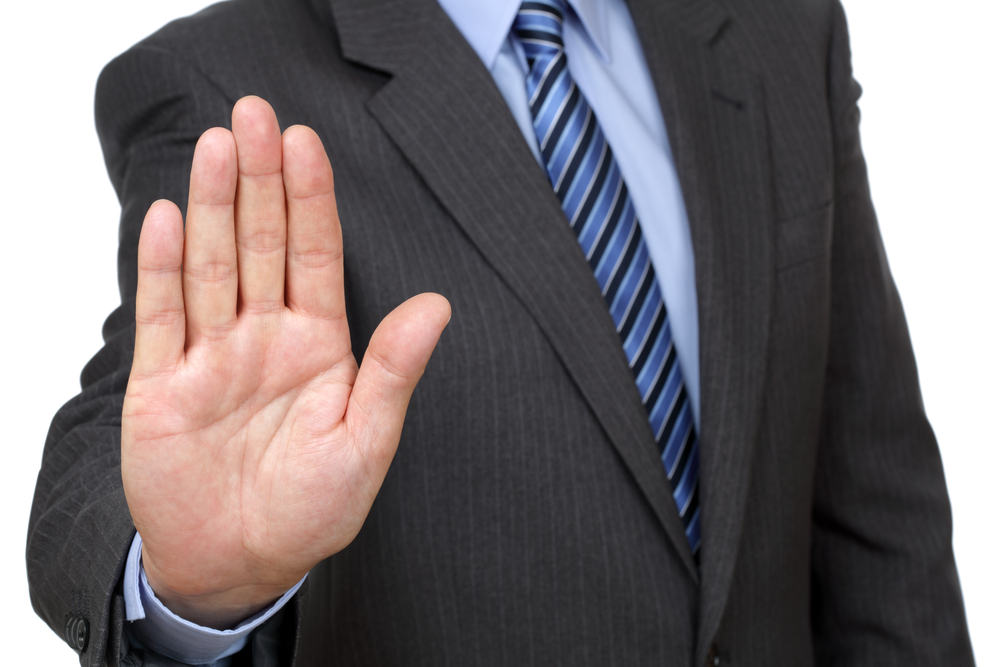 It’s helpful to have a good understanding of each team member, as well as an understanding of how they work when everyone comes together. How can you bring the best out of a drain, for example? How can you encourage those who don’t like voicing their opinions to contribute more? Learn the motivations of each of your staff members and what drives them to do well. Unpick their fears and hesitations, learn about the things they don’t like doing. And, just like a jigsaw puzzle, take every piece of information and slot them together in such a way that the team becomes an absolute powerhouse. Because no team is beyond help or understanding—it doesn’t matter who’s in it.

Grounded in evidenced neuroscience and psychology, the Jigsaw Discovery Tool brings such understanding to leaders and managers. It helps them to see individuals as sentients, and not as programmable entities that can only follow one course of action. Every single person has an almost unlimited number of facets, and no one individual is the same as the next…… no two brains are the same.

The Jigsaw Discovery Tool can identify behavioural preferences, strengths and talents, as well as blind spots that may need to be managed. It provides insights into how an individual might react in specific scenarios and what could be learned by taking the perspectives and reactions of others into account.

Team issues that are allowed to fester and grow could be more damaging than you think, and there’s the risk that good employees could be lost, like in my friend’s case. In a market that’s heavily weighted to jobseekers, recruitment is becoming increasingly difficult.

Don’t continually search for new people when you could simply understand your current work force better. If you do have a team member that requires a little extra nurturing and understanding (because they appear to be making their team-mates’ lives Hell), tackle the issue before everyone around them jumps. New recruits won’t magically iron out the issue for you…

If you would like to find out more about how to get the best from your team, take a look at the Leadership playlist on the  Jigsaw Discovery YouTube channel, or contact us now to discuss how the Jigsaw Discovery Tool could be the missing piece of your team puzzle